The National Coalition Against Domestic Violence reports that in the US, 33.3% of women and 25% of men have been victims of some sort of abuse in an intimate relationship at some point in their life. This means that 1 in 3 women we have met in our life has been affected by domestic abuse and 1 in 4 men we know has been victimized in an intimate relationship. Although, this may be a disturbing statistic, we have the power and the means to influence and change this madness.

How do we begin? We start with knowing the signs. They are not always immediately visible and because we always look for the best in our partners, we often brush it aside when they are consistently appearing. It is also important to remember that domestic violence does not always mean physical harm. It can manifest itself through emotional, mental, verbal, and financial abuse. Get to know the signs so you can protect not only yourself but also the people in your life.

Extreme Jealousy
Jealousy, when in control, is an indicator that your partner is head over heels for you. It should subside over time and turns into trust. Extreme jealousy does not subside, it grows in intensity over time and doesn’t come outright. However, when your partner begins to consistently making accusations, “seeing” you as overly flirtatious when they aren’t, or trying to control over your actions and decisions, this is an early indicator of a potentially violent domestic relationship. If you are hearing any of these symptoms from a friend, take him/her out for coffee and gently lay out the question. 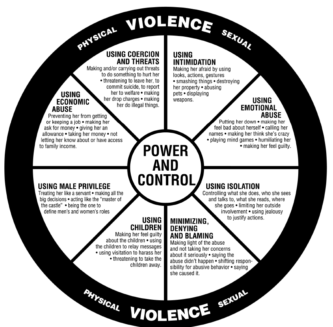 Blame Shifting and Isolation
We all have a friend or know of someone who gets in a relationship and their partner all of the sudden demands that they remain home, can’t hang out with certain people, and they are constantly walking on egg shells around their partner in fear of being blamed for anything and everything that their partner sees as “going wrong”. An easy sign of someone capable of perpetrating domestic violence is to watch whether or not they are accountable for their actions and their life. People who are always blaming everybody but themselves for their personal problems and emotions, are the type of person that should raise some red flags when entering into a relationship with them.

Masked Aggression
Subtle but far more serious cues are people who “playfully” force sexual actions or are “playfully” cruel to people or animals. Don’t let yourself be confused by consensual relationships where both parties agree to rough or atypical sexual preferences. In a domestic violence situation, the abuser starts by making sexual aggression and aggressive tendencies seem playful, yet you still feel threatened at the same time. We as human beings are capable of cruelty, and often there are among us who are unable to see the serious consequences of their own hostile actions, and think that it is part of a relationship. Always remember this: even if you have been with your partner for twenty years, you are ALWAYS allowed to say NO to things that make you uncomfortable or frightened. Seeing someone masking their aggressive behavior as him/her being playful is a MAJOR warning sign. Protect yourself because you are not immune from it.

Bottom Line
If you or someone you know is in a relationship where their finances, actions and motions are being controlled by their partner without their consent, this is a sign of domestic violence. If a partner has shown violence of force towards animals, objects or human beings, this is a sign of domestic violence. If a partner makes threats, shows signs of manipulation and an inability to take accountability for their actions, these are all signs of the potential for domestic violence. The more aware we are as a society of these manipulative, controlling behaviors, the more we become educated about what domestic violence actually encompasses, the sooner we can make a cultural change and acknowledge that domestic abuse is not okay. This month is a time to come together and really address the misconceptions we have and the beliefs we hold that perpetuate this problem, and educate ourselves to make a change. 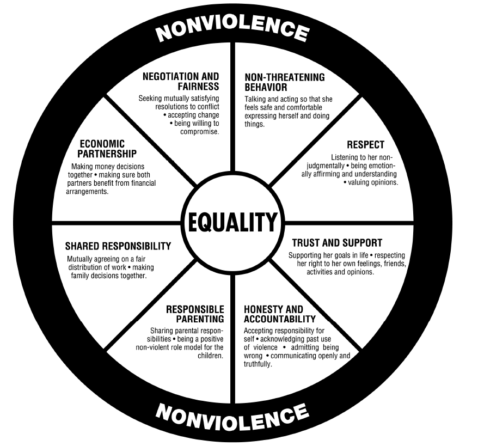