Same goes for being single, not every single person out there is unhappy and miserable because they are not sharing their lives with someone. The most rewarding and memorable moments can be when you have spent them on your own.

Being single can be a great time! As long as you’re not one of those single people who are always worried about other people relationships, if you are you really might want to find your own relationship to pick at. Typically, though most single people don’t dwell on the relationships of others.

Relationships take effort and while being with someone can be fun because you have somebody to share the moments with, being single opens your eyes and lets you experience things differently than as you would if you were with someone.

Living the single life lets you take the time to do the things you like without compromising to someone else’s wants or needs. One of the best things about being single is that you can do just about anything without having to compromise. It also lets you figure out who you are as an individual.

Want to spend all day laying in your bed, having Netflix ask if you’re still watching- go for it! Go to that exhibit you have been dying to go, then go to that restaurant that has been getting so many rave reviews. There’s no shame in eating alone! It gives you more time to appreciate the food, the scenery, and moment. 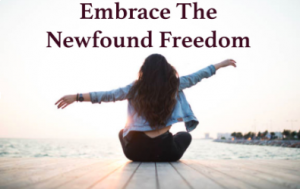 The notion that being single must mean you’re lonely is a huge stereotype that is simply untrue. There is nothing wrong with being single and being single for a long time at that. Most tend to focus on the fact that single people are always lonely, but when you look at it’s not they are lonely, it’s just that live their lives in solitary.

Living a life of solitude has its benefits and it’s no longer uncommon for people to live their entire lives without a partner. In the United States, there have been researches that show American adults have shown a historic high in never to have been married. In 2012, one-in-five adults 25 and over have never been married, according to a Pew Research Center. In 1960 only one-in-ten, 9% of adults had never been married in that same age range.

So, don’t feel as if you’re the only single person out there. You aren’t! More people are realizing and are comfortable with being single. So why shouldn’t you? There is absolutely no rush in being partnered up with someone.

Embrace the fact that you are single because it truly is an opportunity to have time to discover yourself. And although it may not feel like it now, you will miss it every once in awhile, when you do get into a relationship.